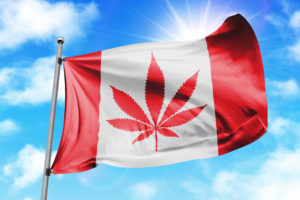 Legal Marijuana Sales Being in Canada

Following Canada’s decision to become the first country in North America to legalize the use and retail sale of cannabis, the US Department of Homeland Security, US Customs and Border Protection Agency published a memorandum affirming that those Canadians either involved or invested in the legal cannabis industry may be barred admission into the United States. The agency modified their policy directive on October 9, 2018, acknowledging: “A Canadian citizen working in … the legal marijuana industry in Canada, coming to the US for reasons unrelated to the marijuana industry will generally be admissible to the United States. However, if a traveler is found to be coming to the US for reason related to the marijuana industry, they may be deemed inadmissible.”

In response to this hard-line position, Representative Earl Blumenauer, the founder of the Congressional Cannabis Caucus, has introduced the Maintaining Appropriate Protections For Legal Entry Act (HR 7275), or The MAPLE Act for short.

This legislation provides protections for individuals whose actions are “lawful in the State, Indian Tribe, or foreign country in which the conduct occurred” or that was “subsequently made lawful under the law or regulation of such jurisdiction,” in regard to the emerging legal status of marijuana in the United States and internationally.

You can send a message to your Representative in support of The Maple Act by clicking here.

There have already been examples of the United State’s punitive border policy needlessly wrecking lives. In one such example, an individual received a lifetime ban from entering the United States on November 14th simply because he was an investor in a legal Canadian marijuana business.

It is crucial that the United States recognizes the rights of both our citizens and our international allies to be able to travel freely between our two nations, and to reform federal border policies to acknowledge this new reality.

Click here to tell your lawmaker to support The Maple Act.