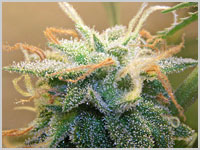 Washington, DC: House and Senate lawmakers have agreed to a reconciled version of H.R. 2: The Agriculture Improvement Act of 2018 (aka the 2018 Farm Bill), which includes provisions lifting the federal prohibition of industrial hemp.

“For the first time in nearly a hundred years, commercial hemp production will no longer be federally prohibited in the United States,” said NORML Political Director Justin Strekal. “This represents a significant and long overdue shift in US policy. Nonetheless, future regulatory efforts will still be required to address emerging consumer issues when it comes to the commercial sale and marketing of certain hemp-derived products, particularly so-called hemp-derived CBD extracts. For years, many of the producers of these products have navigated in a grey area of the law — manufacturing products of variable and sometimes questionable quality and safety. Now it is time for lawmakers to craft simple benchmark safety and quality standards for hemp-derived CBD in order to increase consumer satisfaction and confidence as this nascent industry transitions into a legal marketplace.”

The hemp-specific provisions – which Senate Majority Speaker Mitch McConnell (R-KY) included in the Senate version of the bill, but were absent from the House version – amend federal regulations to further expand and facilitate state-licensed hemp production, research, and commerce. The language also for the first time amends the federal Controlled Substances Act of 1970 so that industrial hemp plants containing no more than 0.3 percent THC are no longer classified as a schedule I controlled substance. (See page 1182, Section 12608: ‘Conforming changes to controlled substances act.’) Certain cannabinoid compounds extracted from the hemp plant would also be exempt from the CSA.

House and Senate lawmakers will need to vote on the engrossed version of the Act, and they are anticipated to do so before the end of the year. Passage of the bill would allow state governments, rather than the federal governments, to be the primary regulators of hemp and hempen products.