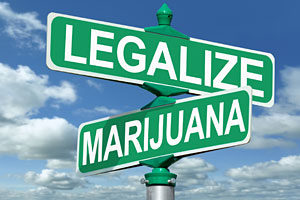 Senate and Assembly lawmakers voted on Monday, November 26, in favor of legislation that seeks to regulate the adult use marijuana market.

Members of a 26-member joint committee decided to move forward the legislation: Senate Bill 2703 and Assembly Bill 4497: The New Jersey Cannabis Regulatory and Expungement Aid Modernization Act. Lawmakers will engage in further debate on the measure prior to voting on the bill on the floor.

“Today’s Senate and Assembly votes are a victory for common sense and for sound public policy in New Jersey. We look forward to lawmakers on the Assembly and Senate floors acting swiftly to approve this legislation to send to Governor Murphy to sign into law.” said NORML Executive Director Erik Altieri, “New Jersey holds the dubious distinction of ranking second in the nation in per capita annual marijuana arrests. This policy disproportionately impacts young people of color, violates civil liberties, and is an egregious waste of public resources that can be reprioritized elsewhere. The people of New Jersey are ready to move forward. Their representatives should approve this legislation this year and replace the failed practice of prohibition with the sensible policy of legalization and regulation.”

Key provisions of the initial drafts of the legislation are available here.

Governor Phil Murphy campaigned on a platform that includes legalizing the adult use marijuana market in New Jersey, stating: “Decriminalization alone will not put the corner dealer out of business, it will not help us protect our kids, and it will not end the racial disparities we see. If these are our goals – as they must be – then the only sensible option is the careful legalization, regulation, and taxation of marijuana sales to adults.”

Fifty-eight percent of voters support “completely legalizing the possession and personal use of recreational marijuana,” and 79 percent support “allowing an individual to clear their record” of a past marijuana possession conviction,” according to an October 2018 Rutgers-Eagleton poll.