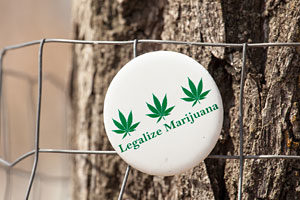 Welcome to the Thanksgiving edition of NORML’s Weekly Legislative Roundup! I hope everyone had a happy and festive Turkey Day!

In the U.S. Senate this week, it was announced that Senator Chuck Grassley (R-IA), Chair of the Judiciary Committee and long-time prohibitionist, is stepping down from his position. As Chairmain, he refused to hold any hearings or votes on marijuana related legislation.

At the state level, Michigan’s new legalization law goes into effect on December 6, which is when adults can start legally possessing and growing marijuana for personal use.

Connecticut Gov.-elect Ned Lamont (D) said that legalizing marijuana is one of his “priorities” in 2019. The Senate president said it would be “pointless” to keep cannabis illegal when neighboring states are ending prohibition. Lawmakers from both parties say legalization is likely in 2019.

The Door County, Wisconsin Board of Supervisors rejected a proposal to place marijuana advisory questions on the April 2019 ballot.

Following are the bills that we’ve tracked this week and as always, check http://norml.org/act for legislation pending in your state.

Don’t forget to sign up for our email list and we will keep you posted as these bills and more move through your home state legislature and at the federal level.

Penalize States that Maintain Criminalization: The Marijuana Justice Act would (1) remove marijuana from the US Controlled Substances Act, thereby ending the federal criminalization of cannabis; (2) incentivize states to mitigate existing and ongoing racial disparities in state-level marijuana arrests; (3) expunge federal convictions specific to marijuana possession; (4) allow individuals currently serving time in federal prison for marijuana-related violations to petition the court for resentencing; (5) and create a community reinvestment fund to invest in communities most impacted by the failed War on Drugs.

The legislation permits those age 21 and older to legally possess and/or purchase up to one ounce of cannabis. It also permits the licensing of 218 retail dispensaries — 120 of which would provide marijuana to adults while 98 would provide marijuana to authorized patients. At present, one half-a-dozen medical dispensaries are operating in the state.

Update: S2703 will be heard in the Senate Budget and Appropriations Committee on Monday 11/26 at 10am.

NJ resident? Click here to email your lawmakers in support of this effort

The measure would increase the number of licenses the Department of Health can issue to new providers in order to meet New Jersey’s increased patient demand.

Update: S10 will be heard in the Senate Health, Human Services and Senior Citizens Committee on Monday 11/26 at 10am.

NJ resident? Click here to email your lawmakers in support of medical expansion.

Legislation is pending, S2426 and A3740, to further expand the state’s medical marijuana law.

The measures provide doctors the discretion to recommend medical marijuana to any patient for whom they believe it will provide a benefit.

Update: S2426 will be heard in the Senate Health, Human Services and Senior Citizens Committee on Monday 11/26 at 10am.

NJ resident? Click here to email your lawmakers in support of letting doctors, not politicians, decide what’s best for their patients