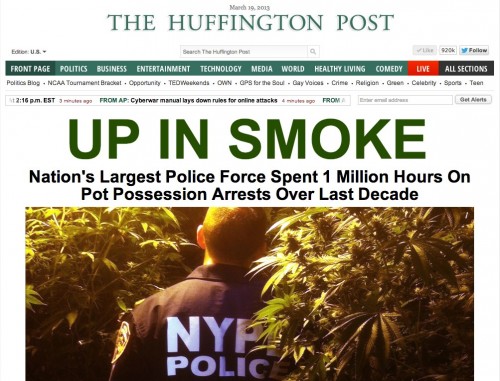 This was the front page of the Huffington Post yesterday.

NEW YORK — The NYPD spent 1 million hours making 440,000 arrests for low-level marijuana possession charges between 2002 and 2012, according to a new report released Tuesday — just as legislative leaders in Albany are deciding whether to pass a bill reforming drug laws.

This is a powerful indictment of the incredible waste of law enforcement resources involved in going after marijuana users.

← Who is your role model?
Around the world →