According to Washington, D.C. Capitol Hill newspaper The Hill, a group of bipartisan Senators, led by Oregon Senator Ron Wyden (D), have filed legislation seeking to exempt industrial hemp (which, in effect, is very low potent cannabis) from the Controlled Substances Act (which, concerning cannabis specifically, is largely directed at prohibiting recreational and therapeutic use of the herb). 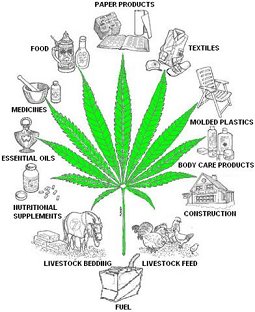 Update: You can help advocate for this bill’s passage here.

One of the most indefensible aspects of modern Cannabis Prohibition is the federal government’s continued opposition to allowing American farmers and consumers benefit from a domestic industrial hemp industry, when, ridiculously, other free market and democratic countries who also maintain user prohibitions on cannabis—countries like the United Kingdom, France, Switzerland and notably Canada—allow their farmers to legally cultivate industrial cannabis. This inherently places American farmers and agriculture at a competitive disadvantage and American consumers paying higher costs for imported raw and finished hemp products.

“I firmly believe that American farmers should not be denied an opportunity to grow and sell a legitimate crop simply because it  resembles an illegal one,” Wyden said. “Raising this issue has sparked  a growing awareness of exactly how ridiculous the U.S.’s ban on  industrial hemp is. I’m confident that if grassroots support continues to grow and Members of Congress continue to hear from voters then common sense hemp legislation can move through Congress in the near
future.”

To learn everything you need to know about hemp and efforts to reform America’s antiquated industrial hemp laws, please check out our hempen friends: