“We don’t torture people in America and people who say we do simply know nothing about our country.”

At the recent GOP Presidential candidate debate on Fox, the five participants were asked to raise their hands if they could support the use of torture – specifically waterboarding. Three raised their hands. The two that didn’t were Ron Paul and Gary Johnson, and those are the ones who support ending the drug war. 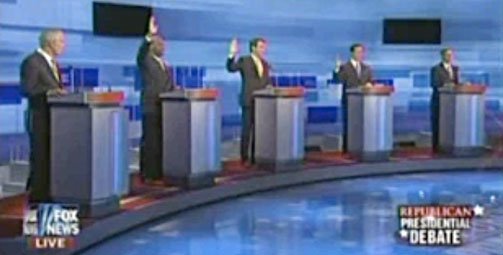 [Via Crooks and Liars]

Coincidence? I think not.

I believe that this is just one more example that illustrates a frightening trend in the political arena today that tends to reward:

Who Would You Choose?

In a country that prides itself on liberty, justice, and the rule of law, which person is more likely to be sent to prison?

Which one should be more likely to be sent to prison?