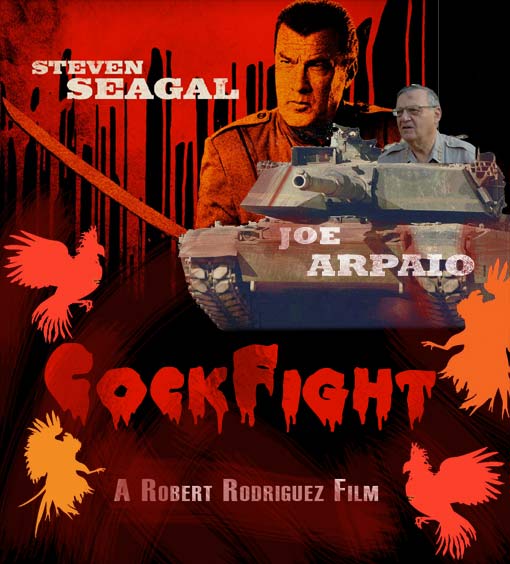 It’s not even directly a drug war story, other than the fact that the tactics are part of, and have grown from, the drug war.

If you haven’t read about this already, you owe it to yourself.

A man was suspected of cockfighting, so Sheriff Joe Arpaio got an arrest warrant, and showed up… with armored vehicles including a tank… and Steven Seagal. Then they killed all the chickens, so I guess Steven Seagal and Joe Arpaio won.