[The following blog post was submitted to the NORML Women's Alliance by Anna Diaz.Ã‚Â  NORML's commentary appears in italics below.]

Urinalysis, the most common form of non-impairment drug testing, unfairly targets marijuana consumers because it screens for the presence of inert byproducts that may be detectable for days, weeks, or even months in former users. This is a discriminatory policy that sanctions individuals who may have consumed cannabis at some previous, unspecified point in time, while most other forms of illicit substance use to go undetected. Further, most marijuana consumers are responsible, hard-working Americans.Ã‚Â  NORML believes that it is arbitrary and counterproductive to single these people out for punishment simply because they fail a urine screen.

I am a Latina, a forty-year cannabis consumer, a medical cannabis patient and a single mother who has had to use public assistance more than once.Ã‚Â  In 2011, Oregon and three other states have introduced bills that would require drug testing for people receiving public assistance.Ã‚Â  I am writing to present my unique perspective on this issue, and why individuals should oppose any type of legislation that would require drug testing for all applicants looking to receive state services such as food stamps or unemployment benefits.

Many groups oppose this type of legislation including the ACLU, various associations of health professionals and, not surprisingly, organizations that assist women and children in need.Ã‚Â  One in five Oregonians receive state services.Ã‚Â  Currently, 79% of Supplemental Nutrition Assistance Program (SNAP) benefits Ã¢â‚¬â€œ formerly food stamps — in Oregon are awarded to households with minor children.Ã‚Â  65% of the children receiving those benefits live in single parent households.Ã‚Â  Most of these single parents are women.

The ACLU position states, Ã¢â‚¬Å“Drug testing welfare recipients as a condition of eligibility is a policy that is scientifically, fiscally, and constitutionally unsound.Ã¢â‚¬Â

Further, studies show that welfare recipients are no more likely to use drugs than the rest of the population.Ã‚Â  70% of illicit drug users are employed.Ã‚Â  The ACLU also cites research showing that drug testing is an expensive and ineffective way to uncover drug abuse. 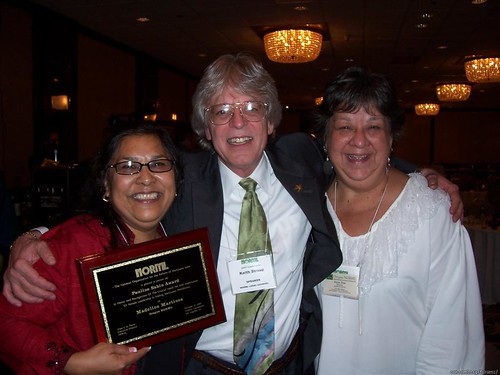 This is an expense our state cannot afford under any circumstances.Ã‚Â  The average cost for drug testing in Oregon is $44.00 a person.Ã‚Â  According to the Oregon Department of Human Services, there were 361,300 households (682,000 people) receiving SNAP benefits in February 2010.Ã‚Â Ã‚Â  The caseload is expected to increase until it peaks at 398,000 cases (760,000 people) in April 2011.Ã‚Â  That is a 10 percent increase from February 2010.Ã‚Â  Even if only one test were administered per household, the cost of drug testing would be roughly $17 million dollars.

While there are several reasons to oppose this type of legislation in all four states, there is one reason that is very unique to Oregon. Oregon is the only state that has a medical marijuana program.Ã‚Â  The problem is that the Oregon Medical Marijuana Act does not protect patients who also receive public assistance.Ã‚Â  Should this bill pass, many of us would be ineligible for services just because we are legally using our medicine.

The ACLU is right. Drug testing welfare recipients as a condition of eligibility is unsound on all levels for everyone, including taxpayers.Ã‚Â  It discriminates against medical cannabis patients, is a waste of money, and will hurt single parent households, which in turn, hurts our children.

Please send a message to the Oregon Legislature and ask them to oppose any type of drug testing legislation.Ã‚Â  It only takes a few minutes, and you can do it right now.Ã‚Â  Here is an example of what you can say to get you started:

Ã¢â‚¬Å“Please oppose any legislation that incorporates drug testing as a part of the law.Ã‚Â  Our state cannot afford the expense, and these bills discriminate against disabled medical marijuana patients.Ã¢â‚¬Â